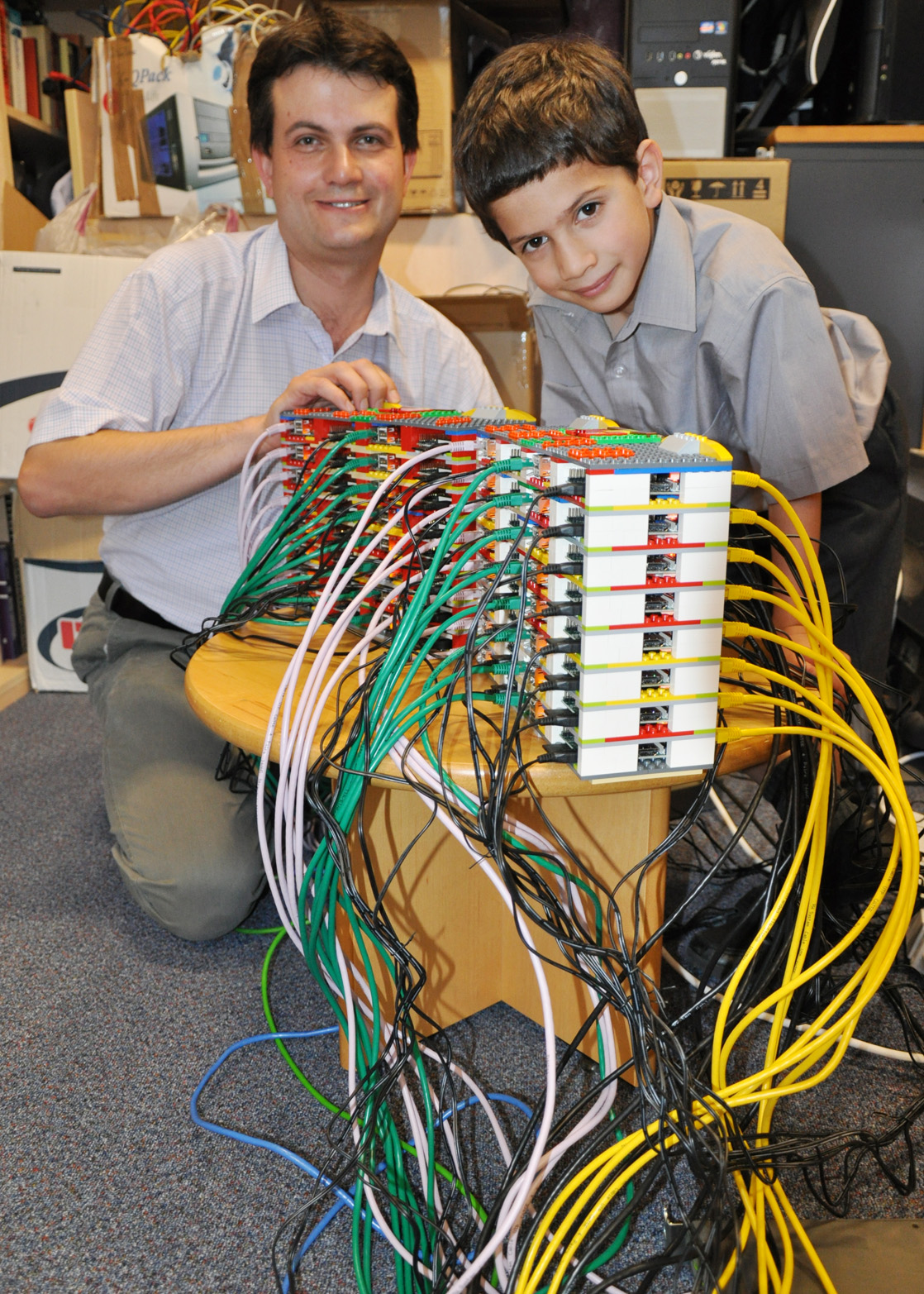 Computational Engineers at the University of Southampton have built a supercomputer from 64 Raspberry Pi computers and Lego.

Inspired by the low-cost computing power of the Raspberry Pi, a team at the University of Southampton has used the ARM-based Linux computer-on-a-board as a building block for a low-cost supercomputer—racked and stacked using Lego blocks. And they’ve published a step-by-step guide for anyone interested in creating their own Raspberry Pi high-performance computing “bramble.”

Led by Professor Simon Cox, with Lego expertise lent by Cox’s 6-year old son James (who spent the summer learning to program on the Raspberry Pi using Python and MIT’s Scratch), the team used 64 Raspberry Pi computers, each equipped with a 16-gigabyte SD card to construct a functioning computing cluster for under £2,500 (a bit over $4,000)—not including the Ethernet switches used to connect the nodes.

The racking was built using Lego with a design developed by Simon and James, who has also been testing the Raspberry Pi by programming it using free computer programming software Python and Scratch over the summer. The machine, named “Iridis-Pi” after the University’s Iridis supercomputer, runs off a single 13 Amp mains socket and uses MPI (Message Passing Interface) to communicate between nodes using Ethernet. The whole system cost under £2,500 (excluding switches) and has a total of 64 processors and 1Tb of memory (16Gb SD cards for each Raspberry Pi). Professor Cox uses the free plug-in ‘Python Tools for Visual Studio’ to develop code for the Raspberry Pi.

Read the rest of the story here, and here.